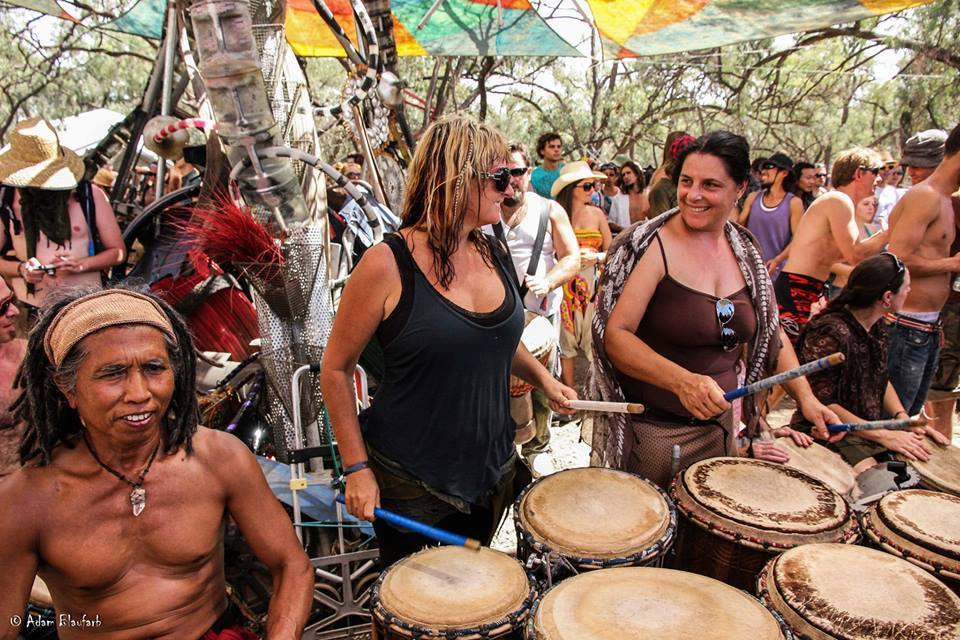 “The first time I saw African drumming was at a workshop at Rainbow Serpent festival ten years ago. I’d never seen anything like it and instantly wanted to learn, thinking wow, wouldn’t it be great to play in a band at festivals, never dreaming that two years later that’s exactly what I’d be doing!

Six weeks later and I was having lessons on djembe and decided nine months after that to travel to Ghana in West Africa to do a four week study intensive. That is where I had my first lesson on duns and immediately knew we belonged together

For eight years now my band Rhythm Arkadia has been playing at festivals all over Victoria and what a magical and exciting journey it has been. Never having had a creative outlet before then, drumming has put me in touch with my soul, spirituality and community, something I had never realised was lacking in my life

If you are feeling the call to the drum, follow it, it will lead you to amazing places