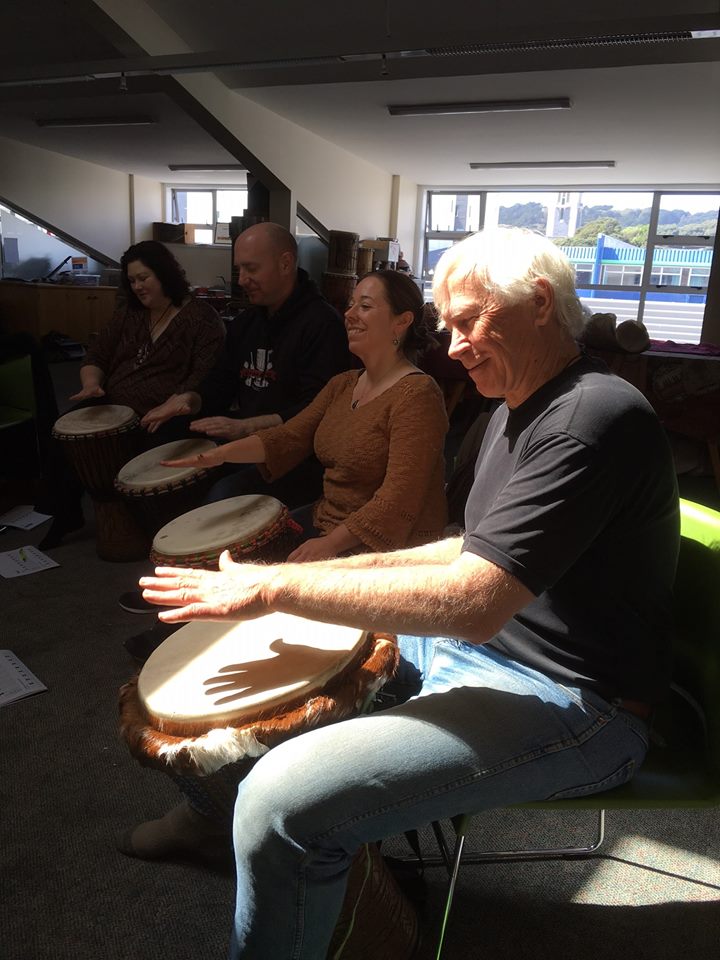 “I came to drumming, or it came to me, when I first attended a ‘ men’s personal development weekend’ about 20 years ago .. the start was a trust walk (blindfolded) into a big room with the sounds of drums  (Djembes, the lot…) It was awesome!

I spent the weekend and every spare moment on the drums, and went out the next week, luckily with good advice from one of the drummers, and bought myself a djembe. After bashing away at it on my own, probably annoying the neighbours to no end, I eventually found myself at drum classes with a great Auckland (New Zealand) drummer called Jimi Dale, or Chip Dale as he was known to many.

Now, I’m not fast at this stuff, it took me about 3 years before I plucked up the courage.
Jimi has the deep immersion technique, or the deep end, as its known .. a few quick instructions at the start of any lesson on bass, tones and slaps and we’d be in to a new rhythm.

I slid out the door after the first one feeling totally inadequate, but luckily, Jimi is a cool guy and he really encouraged me to stick at it. That was about 15 years ago, and now I drum in a very nice community of drummers..
I’ve been lucky enough to have some great international teachers come through, but for the first time last year , I met Simon .. very meticulous and well organised dude..

Suffice to say I’m off to Bali in 6 weeks time for my first international drum camp ..really looking forward to it!” 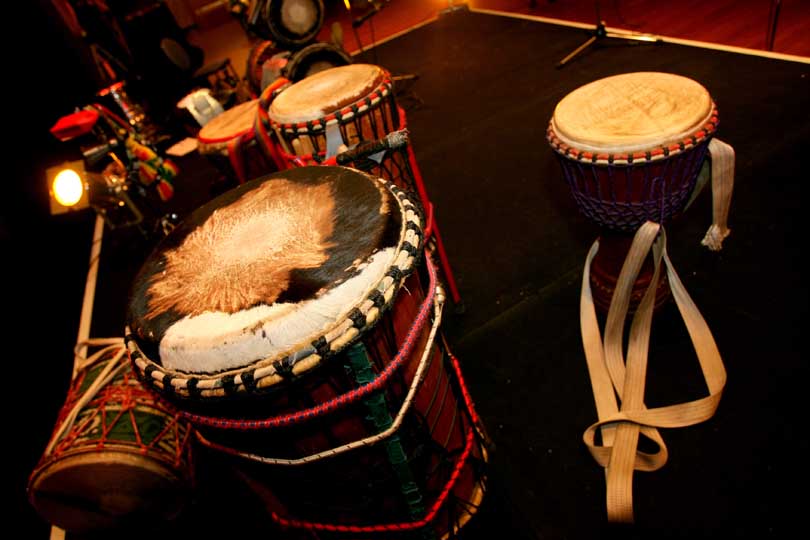